Previously unveiled at the Dubai Motor Show, Chevrolet’s iconic moniker has just made its debut in Los Angeles a few hours before the LA Auto Show opens its doors to the members of the press. As the last chapter of the C7 generation, the manufacturer could not have done better to please his loyal fans, the ZR1 being one of the most memorable badge applied to the sports car throughout history. But there was more to this story, Chevrolet unveiling the new Corvette ZR1 convertible for the first time.

The spy shots revealed in the past few months were clear: the most performance oriented Corvette in the lineup needed some well-deserved adjustments on the outside to stay connected to the road. As you can see, the front fascia is now wearing three big air vents to cool down the engine compartment as well as the drivetrain. The front splitter is also quite noticeable, so is the rear spoiler (available in two sizes), the biggest one being adjustable for track purpose. The hood is also exclusive to the model, the central portion being embellished with a lot of carbon fiber, the supercharger taking a lot more space than the one found in the Z06 Corvette.

Under the hood, the supercharged LT5 V8 delivers 755 horsepower and an equally immense amount of torque, at 715 ft-lb. The 8-cylinder becomes the most powerful engine in history for a Chevrolet production vehicle. On top of this monster of an engine, the ZR1 will be available with a 7-speed manual transmission or an 8-speed automatic unit, a first for the ZR1.

Inside, the interior retains the same attributes as other models from the Corvette lineup, with Alcantara suede, Nappa leather and carbon fiber here and there.

The latest seventh-generation Corvette is expected to hit showrooms in the spring of 2018 and will become one of the cheapest high-end sports cars with a base price of 119 995 $ US for the coupe and 123 995 $ US for the convertible. Chevrolet Canada didn’t release the official prices for our market, but you can expect these amounts to climb a bit once they cross the border in a few months. 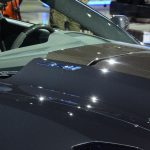 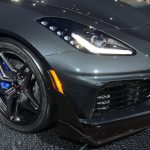 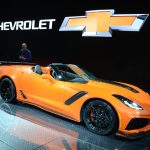 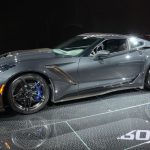 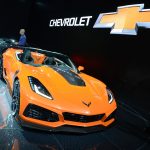 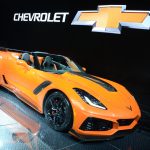 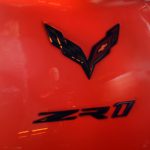 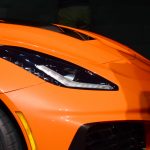 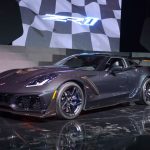 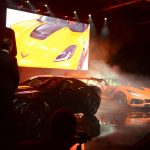 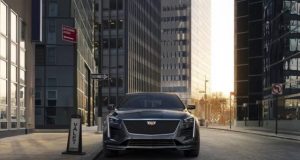 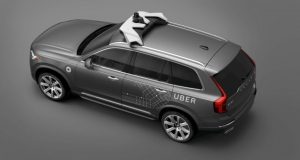 © 2020 LuxuryCarMagazine.com - All Rights Reserved | Powered and Designed by NetMedia 360 Inc.
Scroll To Top